Dr Martyn Davies explains why South Africa is struggling to regain growth levels, and what is needed to make us economically relevant again.

Speaking at the Finance Indaba Africa on 14 October 2016, Dr Martyn Davies, the managing director of Emerging Markets & Africa at Deloitte, spoke to the audience about the rapidly changing economic landscape on the African continent. He began by attempting to dispel the notion that there is such a place as Africa.

"There is no such place as Africa. It's a geographical landmass. To characterise the African economy is simplistic. It is incredibly heterogeneous and disconnected. I have never meet a Ghanaian in Mozambique. I have never heard a Nigerian say that the market in Senegal is a priority to him. I have never met an Egyptian who has said that his primary market is the DRC."

Following on from this line of reasoning, he said that to characterise Africa as some kind of amorphous thing is flawed - but that he'd attempt to do it anyway.

While in recent years, South Africa has stopped counting the GDP growth rate in percentages like 3 percent, 4 percent and 5 percent, and instead started counting decimal points, we failed to deliver on the promise of emerging African economies. At around the same time, Nigeria blasted into first place as Africa's largest economy, valued at 510 billion dollar in 2014.

Nigeria is the single biggest market on the contintent with 175 million people and 7.5% growth. "Seven percent growth is a magic number because if you get an increase of 7% each year - if your GDP increases by 7% annually, it takes exactly a decade to double these things with compound annual growth," said Martyn. "They believed that in ten years, Nigeria would have the first trillion dollar economy in Africa - a lot of guys believed that." 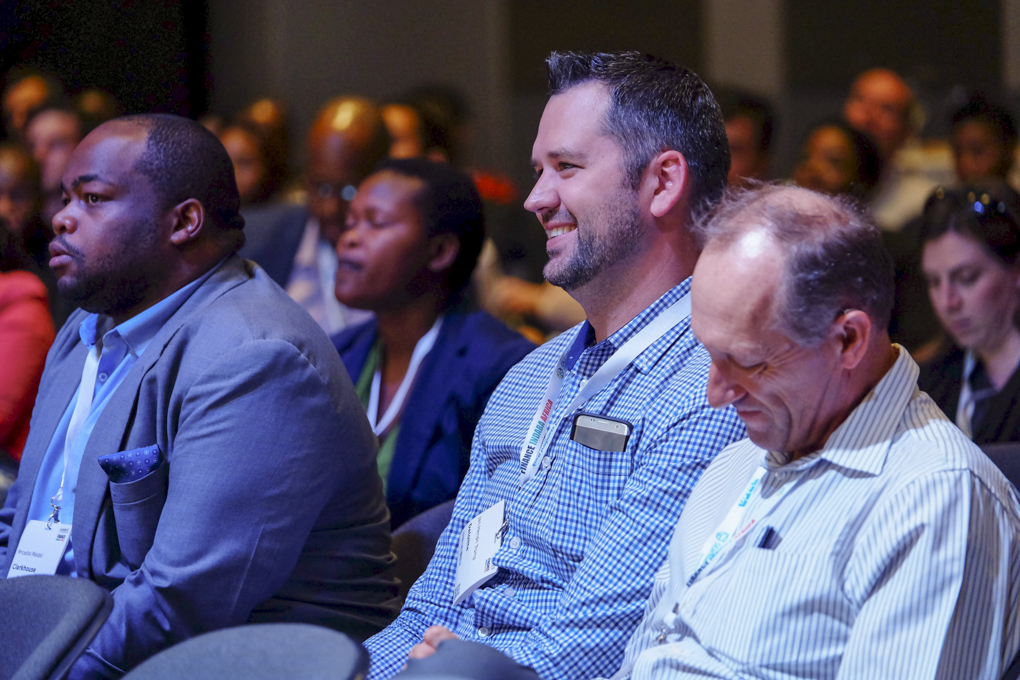 At the same time, other African nations, including Ghana and Angola also rose on their oil-based economy. In April 2014, oil was at $120 a barrel and climbing. By 21 July of the same year, it had plummeted to $80 a barrel.

"That month was our Lehmann Brothers moment for the entire west African region. All the oil-propelled economies were hand-to-mouth economies. When the oil price is high, you feed, when it's low you starve."

He said that in the same way as South America is divided by an invisible line down the centre, with economically progressive countries like Chile, Colombia and Peru on the west, and the "economic crazies" like Venezuela, Argentina and Brazil on the east, there is a similar trend in Africa. "West Africa is currently with a few exceptions in economic freefall, and the centre of gravity and growth has shifted to the east."

Kenya's growth this year is 6.2%, while Ethopia is nudging 10% growth. "The east African region, if you include Egypt, is about 400 million people. And there is a gravitational pull coming out of Asia and the pull of commodity demand coming out of Arabia Africa is integrating - just with somewhere else."

So where does that leave South Africa - all alone at the southern tip? "I am super-patriotic, but we're not doing as well as we should be doing or getting robust growth in the system," said Martyn.

He said that he believes that the speed limit to growth - "where the wheels start falling off" - is 2% or 2.5% GDP growth.

Martyn explained that he was living in Seoul in South Korea in 1997 during the Asian financial crisis. The Korean currency lost 110% in five trading days. The country was bankrupt. Patriotic citizens queued round the blocks to donate family gold to the banks to give to the government to recapitalise the country. But in two years, Korea turned it around.

"They implemented structural reform. Structural reform means it's difficult to do. They had to break the vested interests of labour, of state ownership. But they did it, within two years."

In South Africa, he said, from 2000 to 2008, we were existing in an artificial economy. "The emerging world was growing in an unprecedented manner because of factors that were no longer around." In 2007, three countries' economies did not grow - the DRC, Fiji and Zimbabwe. And in the same year, 114 economies grew at 5% or more. "It's not like we really did anything," Martyn said.

Instead, all these nations were existing in a "Goldilocks economy" - not too hot or too cold, sustaining moderate economic growth with low inflation. This could not last through the tapering of the Chinese economy and the global economic crisis.

But now, our economy should have responded to low oil prices. These should be counter-inflationary and, Martyn said, to a certain extent they have been, but not enough. The reduced rand value should have been a supporter of growth, but that hasn't worked either.

"Clearly our problems are more deeply structural In Africa, simplistically, economics is ahead of politics. Economic potential can only be unleashed in the event of a political shift - like happened in Eastern Europe post 1989, like China after 1978, like India, slowly, post 1991 and more importantly, post 2014. It is when markets start to restructure and reform that the magic of capitalism comes in."

Martyn posed the question of how we can progress. "It's not rocket science. Ultimately the emerging market story is a governance story. Countries that in 2007 had artificial stimulus, tailwinds, gale force winds behind us, now have the opposite, and some countries will figure it out and some countries won't. Countries like Turkey, Malaysia and South Africa have governments that have become in various guises stale with no solutions. That's where we are."
Essentially, what is needed is the structural reform that Martyn spoke about earlier.

He concluded by saying that South Africa's challenge is that we are geographically disadvantaged at the southern tip of the continent, having gone "off piste" in recent times, and we need to think about how to become more politically and economically relevant. Whether we can do it is anyone's guess.