Mteto, who is also a CFO Awards judge, wrote the book to inspire those born in difficult circumstances.

Mteto Nyati, Altron CEO, has released his autobiography “Betting on a Darkie”. On shelves in Exclusive Books on 21 August, the book starts with his memories of being a schoolboy in Mthatha, working behind the counter at his mother’s trading store. This was where he realised he wanted to fix and build things, so he went on to study Mechanical Engineering at the University of Natal.

He then joined Afrox as the only black engineer, and the sole advice he received from his superiors was “don’t mess up”. Clearly he didn’t, as today, he’s one of South Africa’s top CEOs, having steered Microsoft and MTN out of troubled times.

In his current role, he is responsible for guiding the transition from Altron of a family-owned business, started in the height of apartheid, into a high-performing international IT company with a social conscience.

Mteto, who also serves on the CFO Awards panel of judges, told CFO.co.za what inspired him to write the book:

“Who I am was largely shaped by my parents. They instilled the values that continue to guide my life. This book was inspired by a desire to give them and many others fellow human beings that bet on me a shout out.”

He says that the core message of the book is, for those born in difficult circumstances, dealt a bad hand, or perceived as outsiders: “In the end, what makes you are your choices.” 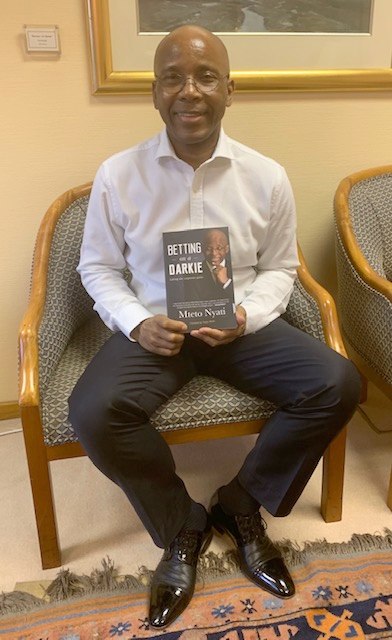 This passage from the book expresses just that:

“When I look back, I know with certainty there are many things I should not have done. But they are part of me, part of who I have become, and they have a place in the context of my life. They are reminders that mistakes can be built on, that journeys are filled with learning and the right path, whatever ‘right’ may mean to you, is often a step away.”

“Betting on a Darkie” is available at Exclusive Books and most bookstores, and the official launch will take place on Thursday 12 September at 6pm at the Hyde Park Exclusive Books.