Lets first get the bad news out of the way. After the formidable Aarti Takoordeen won the Young CFO of the Year Award in 2014, there were exactly zero female award winners last Thursday, It was disappointing, but I know that the members of the panel of judges have genuinely voted for their favourite candidates per category so there's nothing that we can do about that now. With CFOs like Raisibe Morathi (Nedbank), Ronel van Dijk (Spur Group), Megan Pydigadu (MiX Telematics) and Rofhiwa Irene Singo (Department of Mineral Resources) there were definitely some strong female contenders. I am not one for militant feminism or paragraphs begrudging glass ceilings, but I surely hope the scales will tip in 2016.

The best news is of course that the CFO Awards have firmly taken root on the annual calendar or South Africa's CFOs. As Standard Bank's Group CFO Simon Ridley frankly admitted, at last year's inaugural event nobody knew what they were in for. But I am proud to say my colleagues at CFO South Africa have outdone themselves again in organising a professional event, for which praise is plunging in our survey mailbox on an hourly basis at the moment. Even Mervyn King, the doyen of corporate governance, endorsed us during his speech at the Summer Place last Thursday. "As CFOs you need a peer advisory group and now you have that," he said. It's nice to hear when dressed-up CFOs and CEOs are enjoying themselves, but a compliment by prof. King is definitely one that sticks.

And what to think of Cobus Grove, still in his early 30s? The Digicore CFO managed to not only win the Governance & Compliance award for his squeaky clean turnaround strategy at his Pretoria-headquartered business, but he was also handed out that award by prof. King - not a bad photo to have...!

Oceana's CFO Imraan Soomra was another youngster who took home (to fishing capital Cape Town) a pretty serious award, topping all the others in the hotly contested Transformation & Empowerment Award. He recently told me how poor fishing communities along South Africa's West Coast have received an economic boost by the first payout of a shares scheme, so I can fully understand why the judges voted for him. 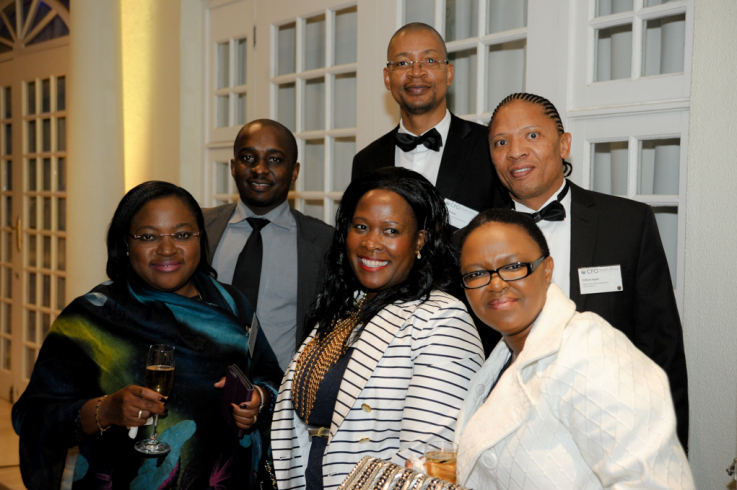 Brett Tromp (Discovery Health) was the third young CFO (besides Cobus and Imraan) who was celebrated, scooping up two awards even: the Young CFO of the Year and the High Performance Team Award. Brett has been one of CFO South Africa's biggest supporters since its inception, so it was gratifying to see him win two awards. With Standard Bank's Africa CFO Greg Davis - read his excellent Expert Insights if you haven't already - winning the Moving into Africa award, no less than 50 percent of the 10 awards were won by CFOs of 40 years or younger!

It was also nice to see last year's winners Anoj Singh (Transnet) and Colin Brown (Super Group) winning awards once more. Some would say that winners should not participate in ensuing years, but I personally enjoyed seeing the consistent high quality work that these gentlemen produce being rewarded.

That leaves us with big cannons Sasol CFO Bongani Nqwababa, deservedly winning the Finance Transformation Award for his work at Amplats, and Deon Viljoen of Alexander Forbes. Deon delisted and relisted his company within 7 years, ending up with a leaner firm ready to meet the future. When he told me this it reminded me of - yet again - Simon Ridley, who bought a bank in the United Kingdom and subsequently - after a strategy shift at Standard Bank - sold it again. No wonder these two gentleman have now both been crowned CFO of the Year!