Three category winners were announced at the end of a first day of pitches at the African FinTech Awards, part of Finance Indaba 2017 at the Sandton Convention Centre on Thursday, 12 October, with a couple of familiar faces dominating once again.

African FinTech community manager Maud Meijvis explained the nomination process involved in whittling the 260 FinTechs down to a top 100 and top three in each division. It involves thousands of public votes and accounts for 25% of the final weighting, with the opinions of 60 expert judges making up the other 75%. She said the competition was fierce and that she was pleased with the turnout. Etienne Nel, CEO of sponsor Zar X, announced the award winners to the delight of the guests.

Multiple award-winning FNB reigned supreme once again in the Incumbent Banks category, beating Standard Bank into the runner-up spot, while The Sun Exchange won its second Blockchain and Bitcoin title on the trot to go with victory in the Dubai global blockchain challenge, edging business logic platform Rehive to the honours.

FNB is continuing to compete against the very best banks in the world on the digital front under visionary CIO Peter Alkema. 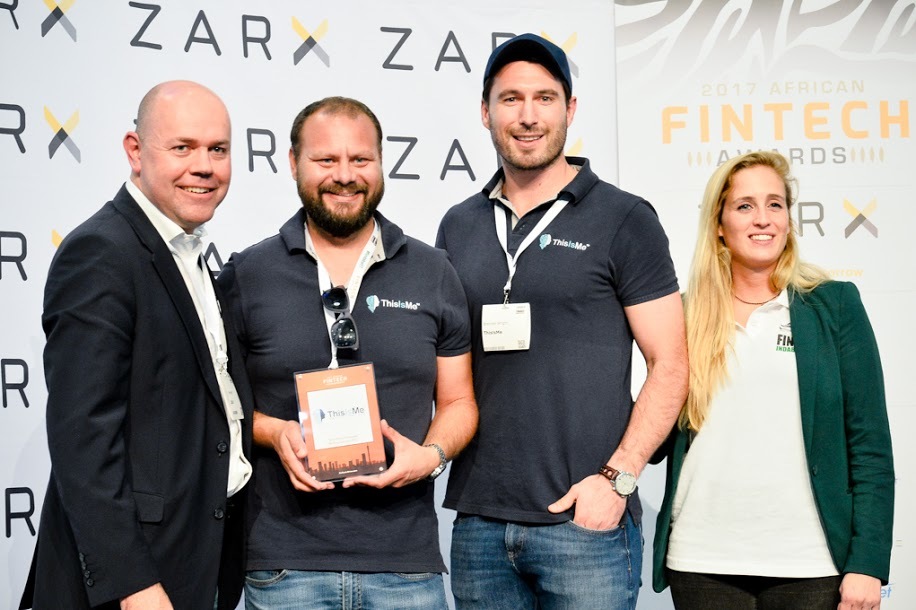 Under the leadership of founder and CEO Abe Cambridge, The Sun Exchange, a global solar energy investment platform based on blockchain, has grown exponentially over the past year and is currently working on its own digital currency.

There was a new winner in the Innovative Banking category, however, as ThisIsMe shot to prominence at the first time of asking. ThisIsMe uses advanced multipoint identity verification and enhanced due diligence to reduce fraud and to ensure a seamless, on-demand KYC/FICA process for businesses and consumers.The award was accepted by COO Juan Furmie and head of marketing Brennan Wright.

Winners of the remaining categories and the overall champion will be announced tomorrow afternoon.