Incredible value and innovation at SA's first ever CFO Journey

South Africa's first ever CFO Journey was dubbed the country's best ever event for finance executives by the 20 leaders attending the 24-hour programme around innovation and value creation.

“I think I can speak on behalf of everyone when I say this felt a bit like a sabbatical. This was huge,” said Andrew McMaster, CFO of Peninsula Beverages, at the conclusion of what was an incredible two days of learning and networking for Cape-based finance leaders. “It has inspired us and has made a huge difference to our thinking as CFOs,” he said, also referring to the incredible power that comes with the sustained peer-to-peer interaction that the programme delivered. 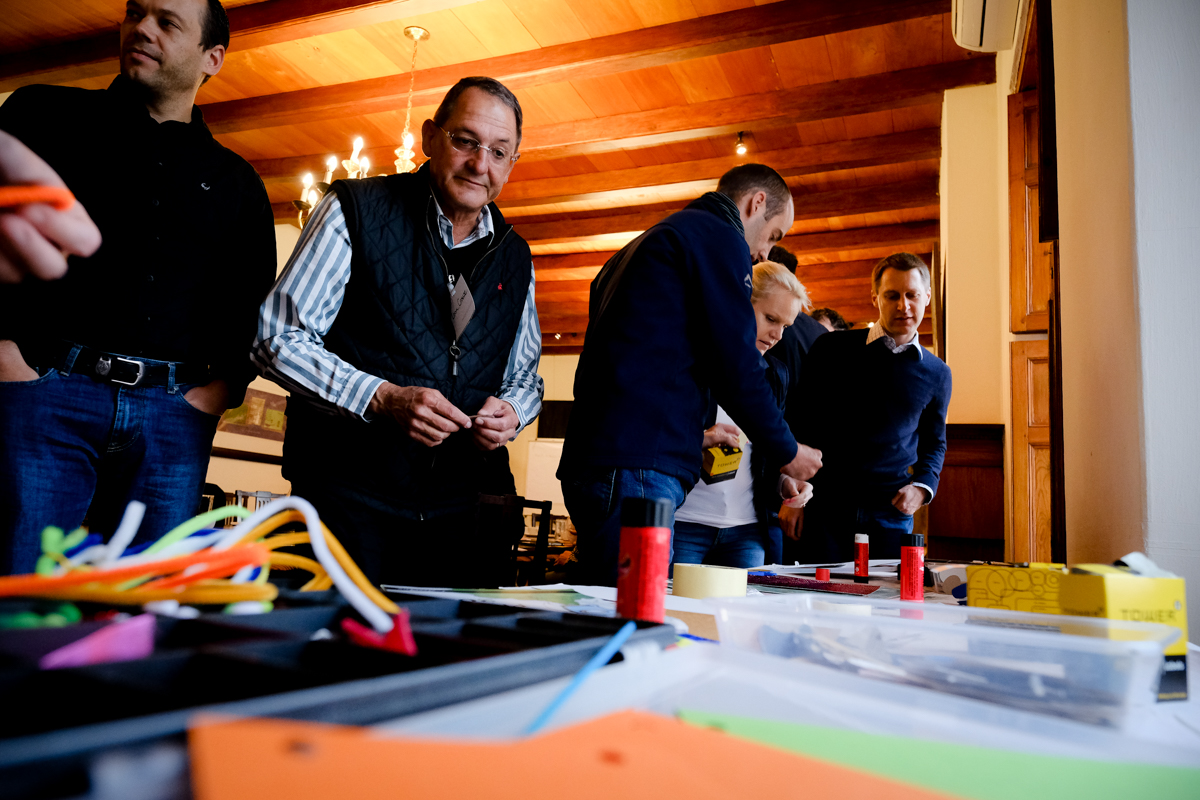 On the morning of 20 July, the programme was wrapped up in style by Richard Perez, founding director of the UCT design thinking school (d-school), unleashing a spectacular amount of energy and laughter in the room at Spier Manor House given the early hour. Through practical exercises and group work, some of South Africa's top finance executives learned about the action-based nature of design thinking, delaying the discussion about solutions by going through a process of: empathise, define, ideate, build a prototype and test. “There is no point solving the wrong problem,” said Richard. 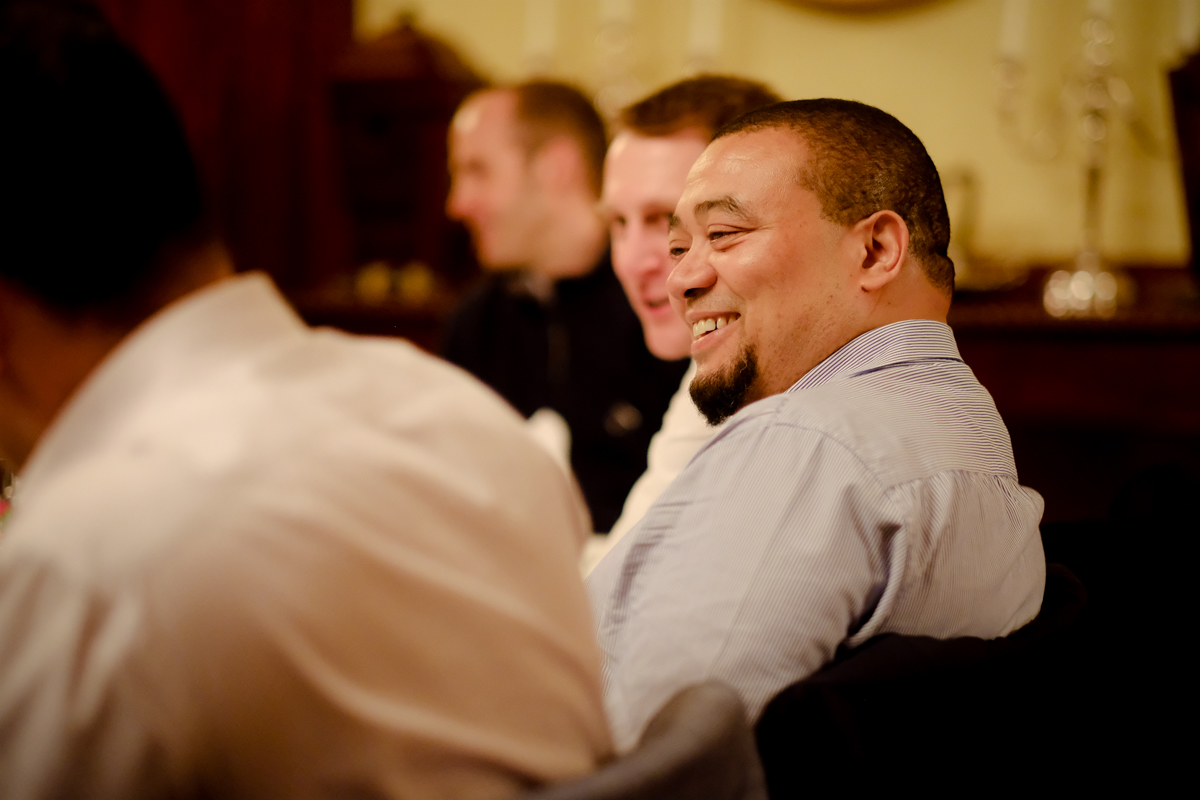 CFOs could not stop talking about the previous night’s dinner at Fleur du Cap, the exclusive property of investment group Remgro. Hosted by the company’s formidable CEO Jannie Durand in a setting of artwork’s owned by the Rupert family, discussions veered from innovation and the future of business to the responsibility of business to address the damaged image of accountants and the finance profession. 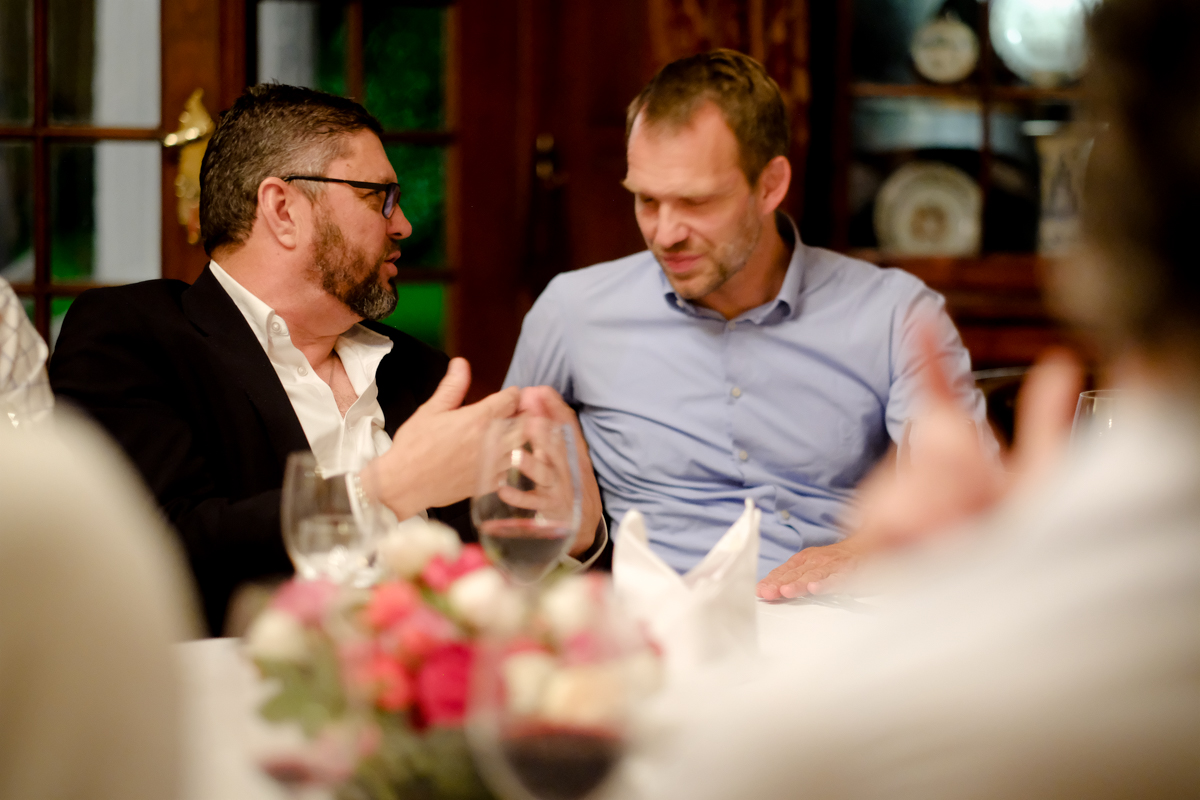 Fleur du Cap winemaker Pieter Badenhorst had also treated the guests to insights into his innovative wine-making process and of course there was some serious wine-tasting to be done, with the Laszlo Red Blend making a lasting impression. The invitation to Fleur du Cap had been made possible by Leon Crouse, former (founding) CFO of Vodacom and longtime CFO of Remgro, who received a lifetime achievement award at the 2016 CFO Awards.

CFOs all commented on the great way all aspects of the programme complemented and boosted each other, ranging from the company visit to barnstorming FinTech outfit Jumo, world-conquering social-entrepreneurial organisation RLabs and presentations about Bidvest’s audit robot Alice and Capitec’s winning model. 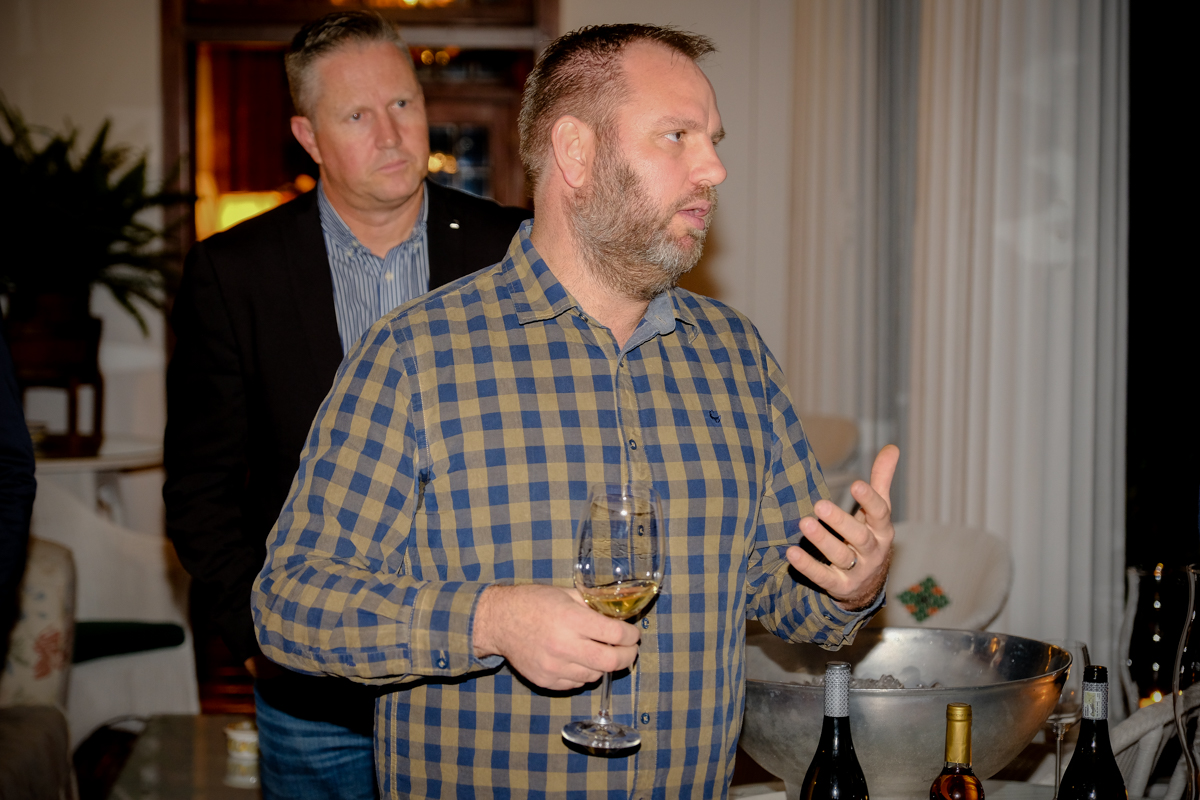 After a round of introductions, during which all CFOs shared some details about themselves, the day started at the Starwars-themed headquarters of Jumo, an app-based microlender that aims to make finance and savings available to developing African countries and elsewhere in the world. Jumo provides loans from $1 to $50,000 through a mobile money system. 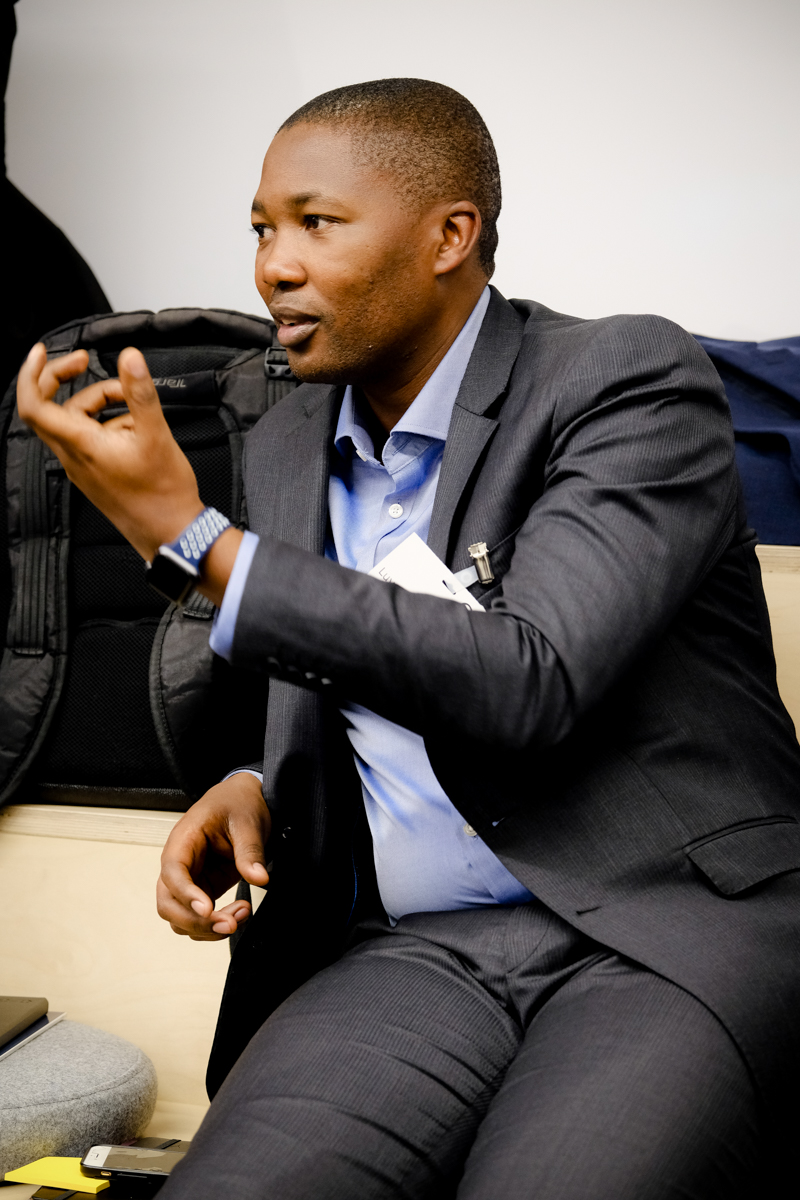 “We test, learn and try anything,” said Jumo’s Charl du Plessis in answer to one of the many questions CFO’s fired at him, some about the technical details, some about the hiring practices and some about the way Jumo partners with mobile network operators and financial services. “Everyone here is weird,” he joked, reflecting on his work history at a traditional bank: “I have never worked so hard in my life, but I have never had so much fun either.” Asked how the organisation manages to stay nimble and innovative, Charl said that “it is crucial to carve out time in the calendar to think and to discuss. At Jumo this time-out behaviour is driven from the very top.”

Next up was RLabs (Reconstructed Living Labs) in Bridgetown on the Cape Flats, with an incredible story of perseverance and entrepreneurial genius from the inspirational founder Marlon Parker. “We are in the business of making hope contagious," he said, detailing how RLabs has supported over 1500 small businesses by putting faith in young people with hope. “Hope is an enabler, a catalyst for innovation, and it unlocks potential - and potential drives value.” 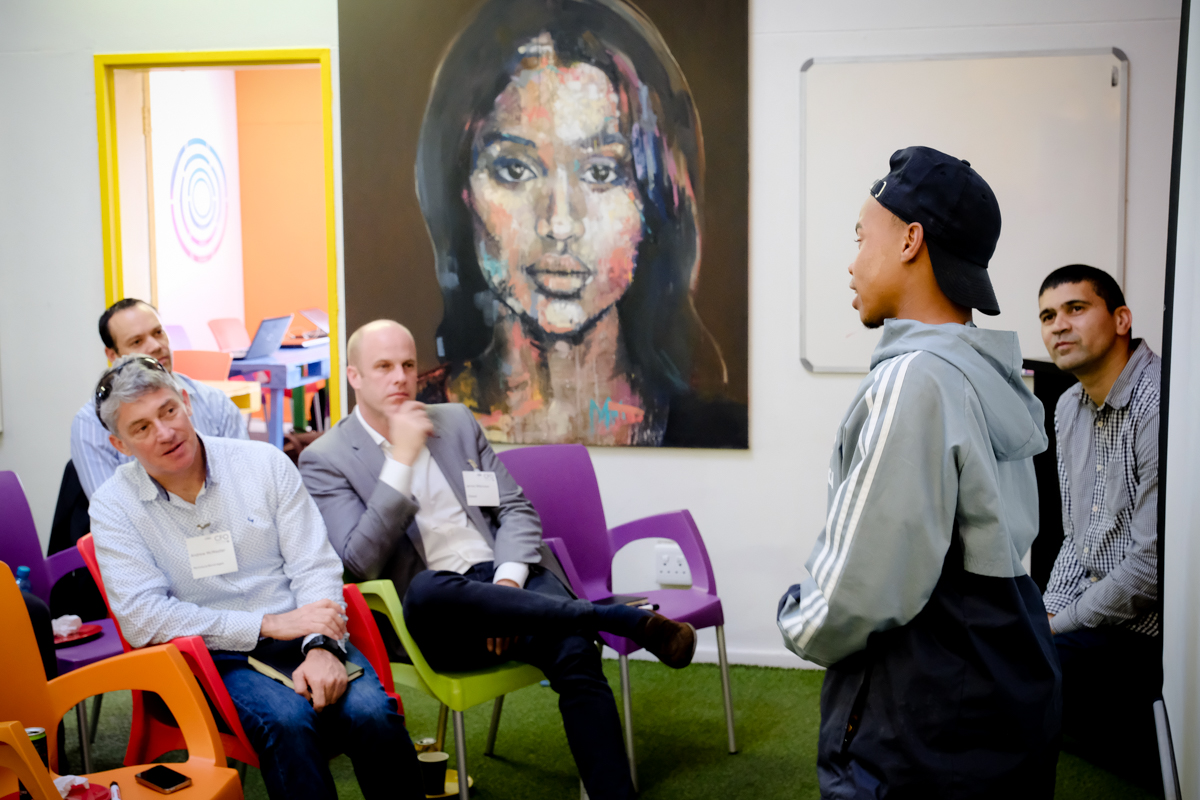