Transnet CFO Garry Pita won the Transformation & Empowerment Award at this year’s CFO Awards, held on 11 May at Summer Place, Johannesburg, thanks to the massive role he plays in boosting preferential procurement and development of suppliers.

Handing out the award, President and CEO of Sasol, Bongani Nqwababa, said, “We come from a history of institutionalised prejudice and segregation. However, research has shown that diversity of thought and experiences adds tremendous value to business. The challenge for all of us is to embrace transformation and empowerment so we can influence the future positively.”

Receiving his award, Garry made a joke about being a “white guy who comes and gets the transformation award”. He called it a “great honour”, saying:

“We feel that we need to drive localisation and industrialisation to the extent that we can become world beaters as South Africans. I am very proud of this. It’s a team effort. Thank you very much.”

Garry was appointed Group CFO in February 2016, succeeding Anoj Singh, who was seconded to Eskom. It was a just reward for Garry, who, in a ten-year tenure with Transnet, had served as the group chief supply chain officer and a general manager in charge of business services, where he was responsible for ICT and procurement. Garry has headed up IFRS conversion and group internal control and is tasked with overseeing all aspects of the company’s financial strategy, including overseeing its funding and capital investment programmes, managing procurement, financial risks and adherence to the highest standards of governance. 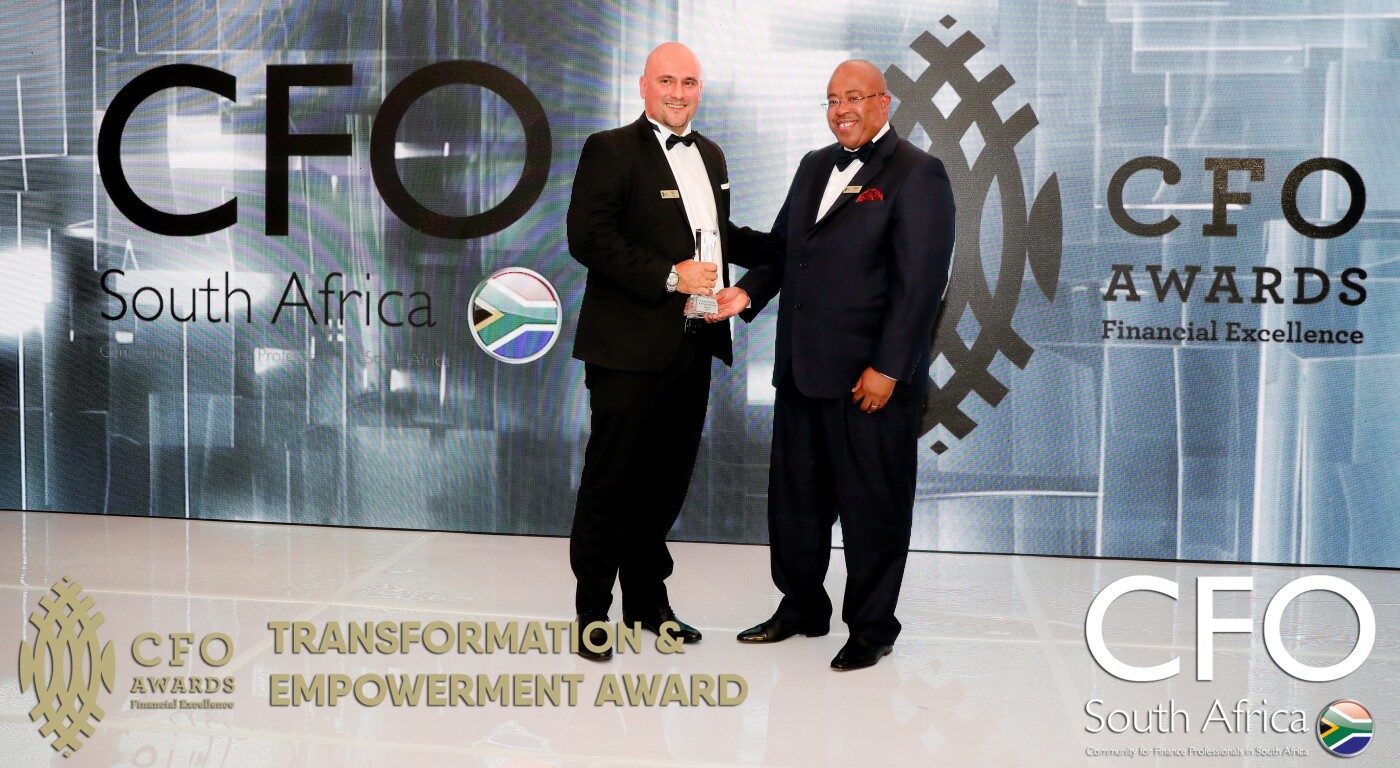 A CA(SA), Garry is passionate about harnessing the power of Transnet to impact Africa for the better and has been instrumental in setting up new technology initiatives at the entity and improving relationships with political stakeholders and credit ratings agencies.

Rhett has served in various finance roles at King Price since its launch in 2012.

She has served as the Department of Justice and Constitutional Development's COO and now CFO.

Innocent has been nominated for his role as Quality Countil for Trades and Occupations CFO.

She was nominated for the work she has done as the CFO of Adcorp Holdings.

Narriman is the first female FD of the V&A Waterfront with 20 years of corporate experience.

Ashley has been with the university since 2013 and serves on various boards within UCT.

Norman has worked in a variety of sectors, ranging from banking to hospitality.

Tsholofelo's journey to group CFO of Telkom has been rough, but well worth it.

Mark has been with the Spar Group for more than 24 years, serving in various finance roles.