What can CFOs and entrepreneurs learn from each other?

CFOs and entrepreneurs are known to sometimes bump heads. Why wouldn't they, there's so much to disagree on. But, if last night's CFO South Africa event was anything to go by, these two actually have more to agree on than disagree. The master class aimed to answer the question, 'What can CFOs and entrepreneurs learn from each other?' The conclusion was that they certainly can learn from each other if they just open their minds; the "crankier" CFO learning to be more open to risk, the "cowboy" entrepreneur paying more attention to the figures. And ultimately, both need to be aware of the "higher purpose" they are working towards.

The first speaker, Sanari Capital's founder and CEO, Samantha Pokroy, started by admitting to an inner identity crisis. She spent 15 years in corporate, but left two years ago to start her own company. She says her corporate background gave her a strong understanding of business fundamentals, including governance and financial management. She believes something that CFOs can learn from entrepreneurs is a greater tolerance for risk and failure. 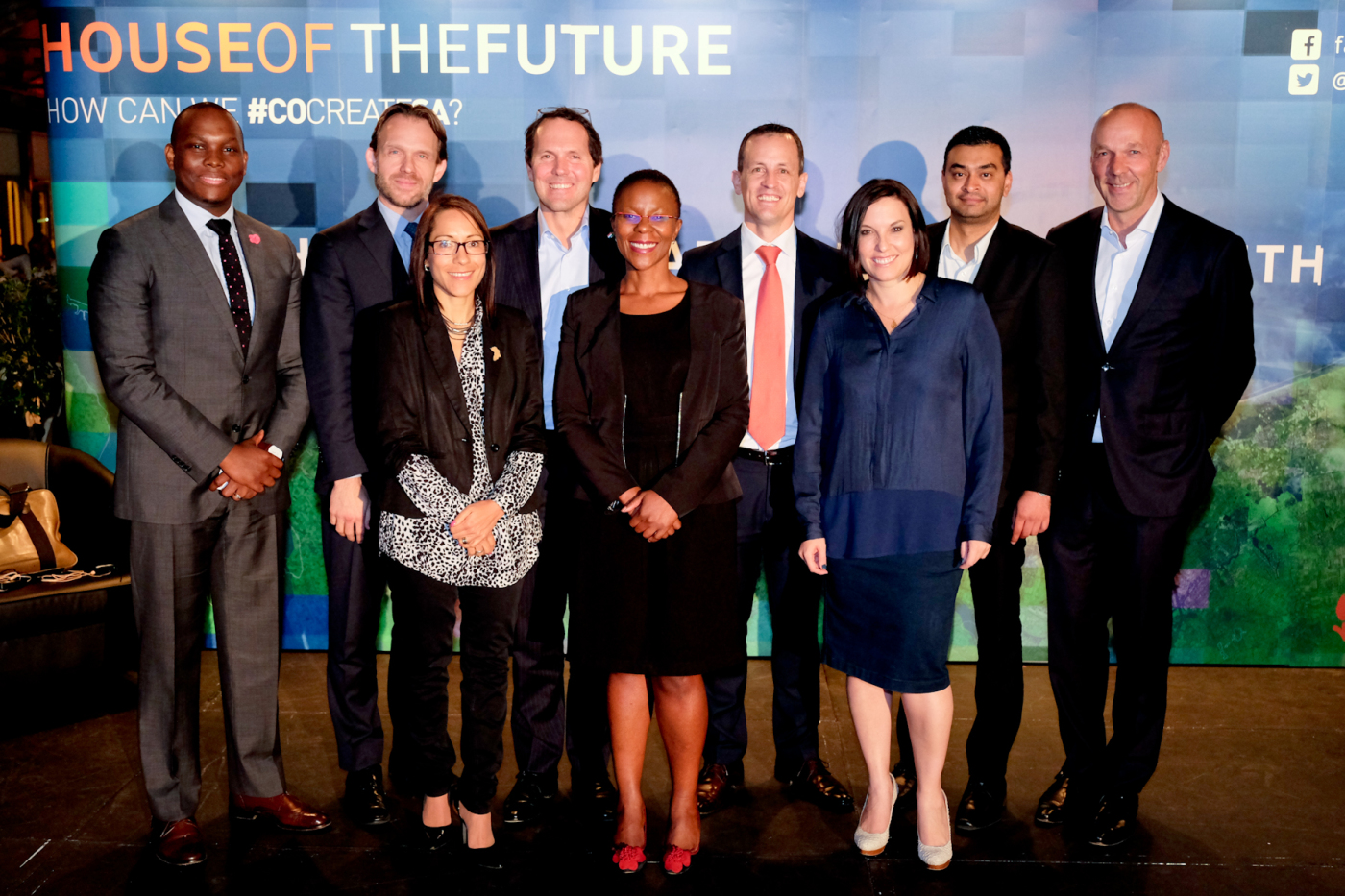 Pokroy was followed by Department of Trade and Industry (dti) CFO Shabeer Khan, who started by saying there exists a mutually beneficial relationship between the two; a partnership, if you will. What does he believe the two entities can learn from each other? Mutual trust and how to become business partners. Khan then likened his role as CFO to that of a personal trainer. And he got the audience laughing when he explained the meaning of the word CFO: Check your financial health often. He closed by asking at what point it becomes necessary for an entrepreneur or startup business to appoint a CFO.

While the audience digested the points of view of Pokroy and Khan, Eric van Marle, VP Global Sales & Marketing at Transparent, told the intriguing and slightly amusing tale of how he came to start up the South African branch of the company. According to him, the company CEO told him to proceed, but that he would not be funding the office and Marle was to "make it happen", financing it through the clients. Marle says something he has learned about South Africa businesses is that they will invite you to the table - and not for a brief 10 minutes like American companies, but for a full hour - and when you're done talking, send you on your way, promising to contact you again in a few weeks, months or even a year later, but that they never shut the door in your face. His advice: be direct, but in a non-aggressive way. 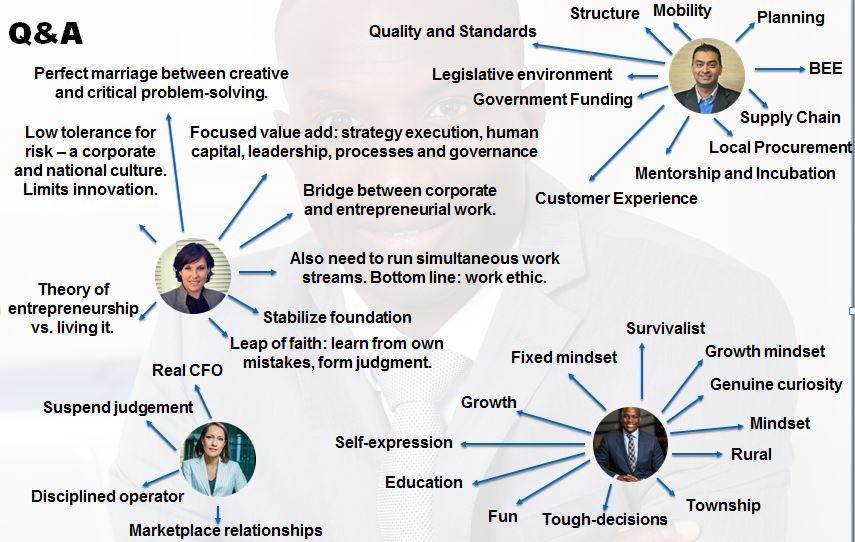 Next up was Telesure CFO Jo Pohl, who just so happens to be married to an entrepreneur - this she told the crowd right off the bat, as it seems her and her husband have frequently debated the pros and cons of entrepreneur versus CFO. Pohl believes entrepreneurs are great idea generators, and always open to talking, but says in order to scale a business and its processes, in order to grow, you must be a disciplined operator. She, too, put forth the question of how you know when your business is ready for a CFO. She shared two key learnings: the battle for corporatisation is an uphill one; and when working with entrepreneurs, you have to suspend judgement, and to do this you must be naturally curious. "You need to look through a different lens," she said, adding that you should also take an interest in your industry, and the people working in it. Pohl further opined that the global financial crisis helped CFOs to be better entrepreneurs. 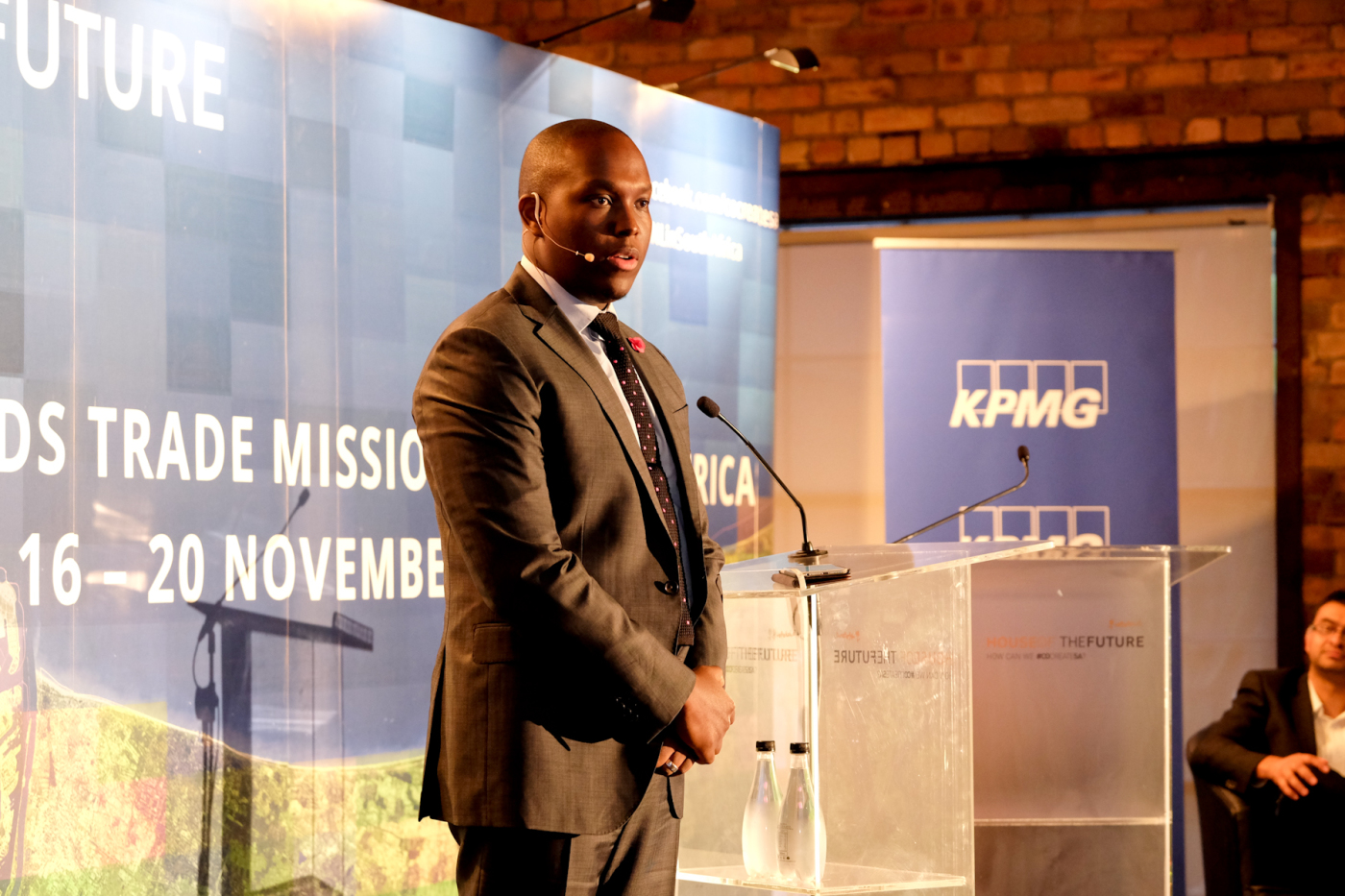 Global speaker and "dragon" Vusi Thembekwayo (from the reality TV show, 'Dragon's Den', of which Radebe was also a part), then took the stage and immediately got several attendees bent out of shape when he made the rather sweeping statement that all big business is dead or doomed to die. He pointed out successful companies such as Discovery Health and FNB, which he says have made a success of themselves because they fought in an entrepreneurial way. He said: "In truth, even accountants are realising that entrepreneurial thinking counts". He says the problem is simple, and comes down to bureaucracy. Entrepreneurs, he said, seek to disrupt that bureaucracy. In closing his argument, Thembekwayo opined that while entrepreneurs can learn a thing or two from COFS, such as how to build systems and implement structure, CFOS can learn much more from entrepreneurs. 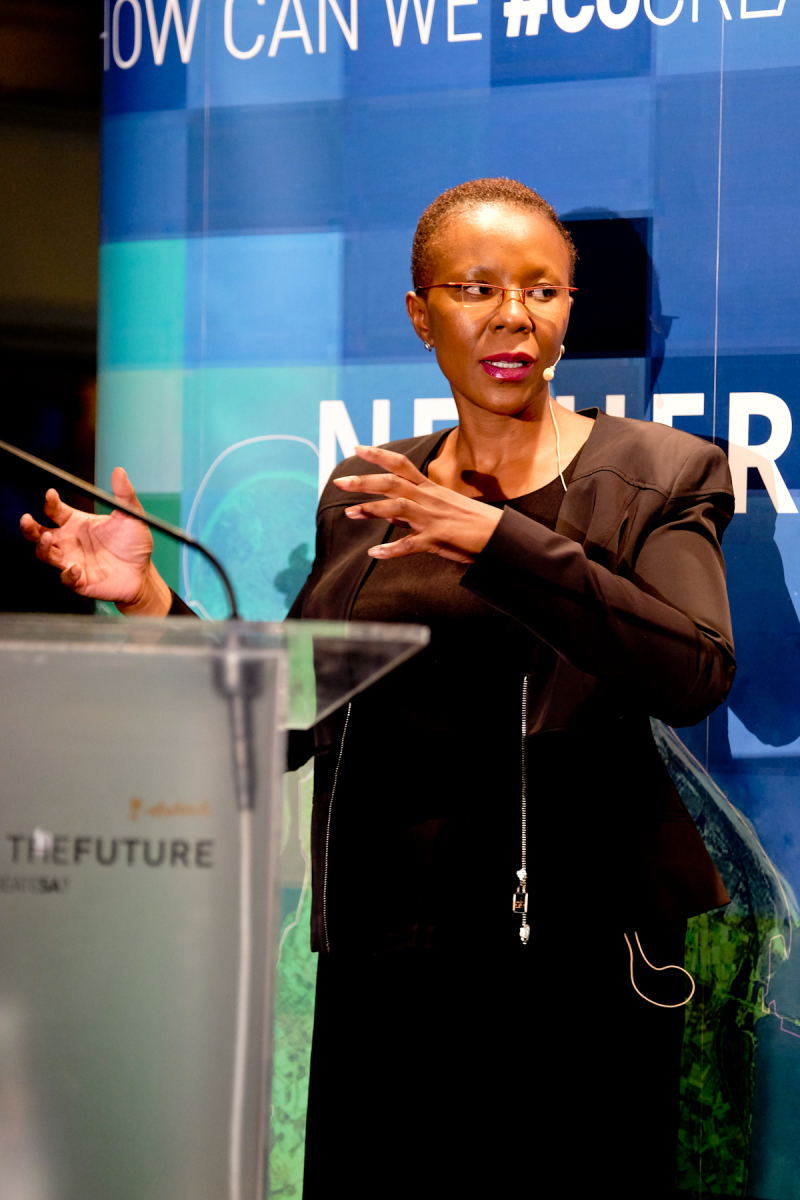 The four debaters were then joined on stage by IDF Managers' CEO, Polo Radebe, who has funded 76 businesses over the past five-and-a-half years. She agreed that a lot of entrepreneurs battle with the question of whether or not they need an accountant. Radebe herself has an accounting background, and says the most useful skills when she left corporate to become an entrepreneur were her accounting skills. "I have a strong appreciation of the role of an accountant", she said. She further opined that the type of business informs the type of people you need to bring onboard. At this point Pokroy interjected to agree that the calibre of staff you have is crucial when staffing up your business.

By now arguments (as well as a few jokes and jibes) were flying between the participants, with Fehrsen and Radebe frequently interjecting their own relevant points of view.

Radebe made the comment that CFOs will have to find new ways of remaining relevant because there are disruptions taking place in all industries. Pohl added that that opportunity to learn together is critical because if you are too close to the detail you cannot see the value add. She said CFOs are there to spot the risks and see what can go wrong; it's what they are trained to do. Radebe said she doesn't think CFOs allow themselves to think things through. "I've learnt to do this," she said, "and proceed with the ideas I've come up with."

Now it was Thembekwayo's turn again. "Numbers only tell you so much," he said, "and they tell you about the past, not the future." Khan seemed to agree. "The role of the CFO has evolved over time," he said, adding that for him, 10% of his time is spent on the numbers, and the remaining 90% driving strategy. Pokroy joined in, saying that some of the biggest mistakes she has seen entrepreneurs make is that they did not have data supporting their decisions. "When you are making strategic decisions you need a financial framework in which to do so," she said. Pohl agreed, saying that CFOs give credibility. "Being grounded in something financial is crucial to sell your proposition," she said. Radebe believes that being an accountant helps you understand risk. She said: "Numbers tell a story. They should be used to inform what you do in the future." But, she added, the nature of the relationship needs to change, and it's not that CFOs are no longer needed. 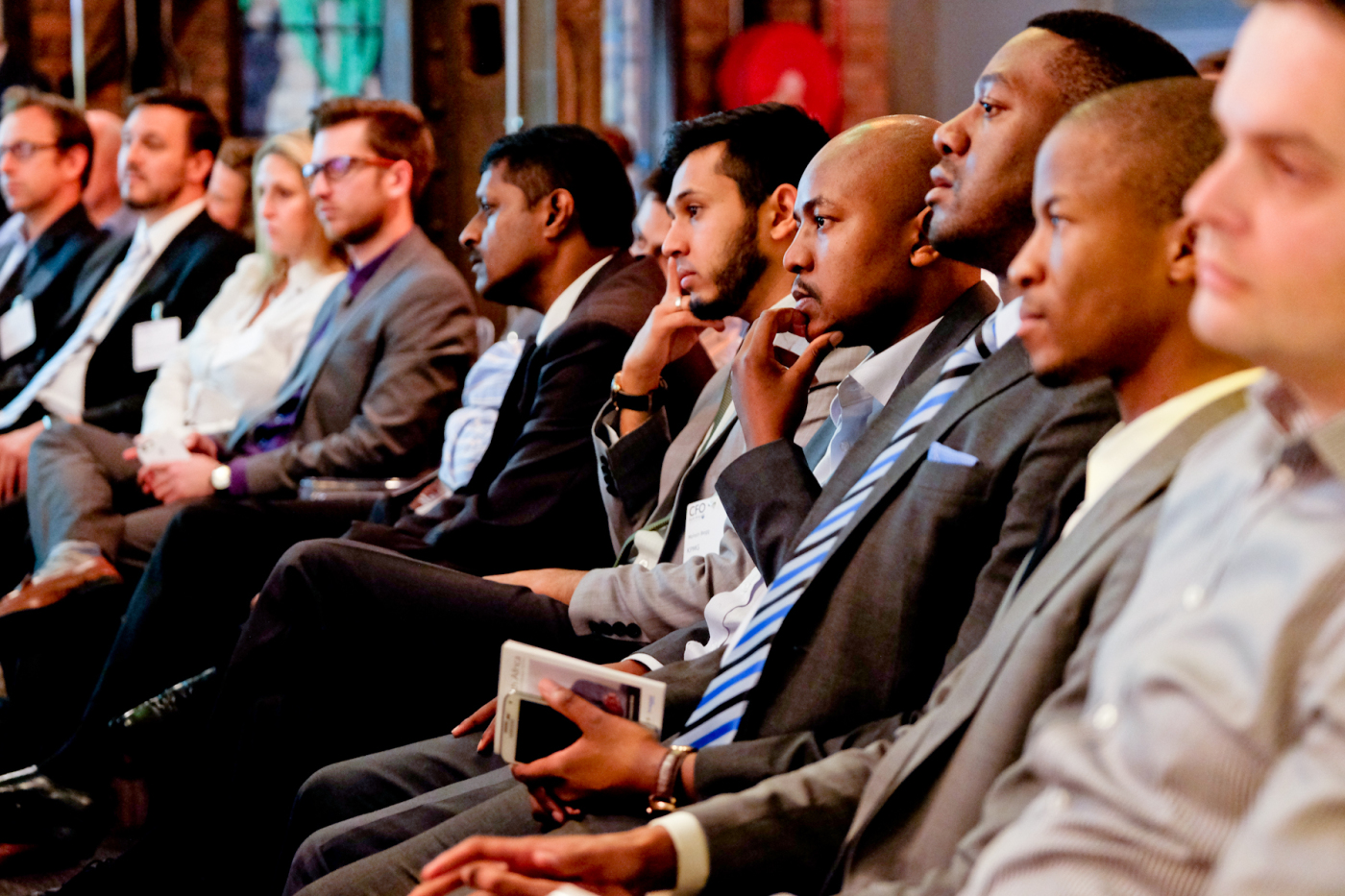 At this point Pokroy seemed to make peace with her split personalities, stating out loud that her two identities can co-exist. "As a CFO, I don't always want to say no, I don't always want to be negative," she said. "I also like being an entrepreneur who is balanced." Pohl added that as a CFO you want to know that what you're doing is the right thing for the business, beyond you. She likened it to conducting a very organised and structured symphony orchestra, versus a less rigid jazz orchestra.

Thembekwayo then touched on another point, which became the concluding sentiment: you have to take care of the basics before the higher purpose. Radebe added: "The role of the CFO is not only about number crunching. It's strategic. Entrepreneurs need to sell the vision and story to CFOs so they understand the bigger picture." At this point all seemed to concur that knowing the higher purpose was to the benefit of all involved in the business.

The event concluded with each of the four debaters making a commitment to "the higher purpose". Pohl and Pokroy promising to engage in initiatives to train and mentor young entrepreneurs, and perhaps even collaborate on this; Khan committing to better developing entrepreneurs through the dti, with the funds at his disposal; and Thembekwayo announcing (and perhaps stealing the show in so doing) that he had developed training modules and a mobile container-type venue which would be taken to entrepreneurs in townships, to develop them in their own environments, at a cost of some R1,5 million each, which he said he would fund personally if a corporate did not partner on the initiative. That's certainly commitment. We'll check in with them regularly to see how those commitments are all coming along.

For the photos of the event, please click here.