What CFOs can do to ensure a successful M&A transaction

“The first week after we were acquired, I went to sit with management and tried to get an understanding of why they had bought us and what they had promised their shareholders. I then took that, came back home and developed a strategy to give them what they wanted to see,” said Cobus Grove, CEO Digicore Holdings, speaking as a member of the panel at last night’s CFO South Africa event, Where the rubber meets the road, the second in a two-part series on M&A. The evening’s discussion covered the CFO’s role post-deal, including how CFOs meet the multitude of market, investor and board expectations, as well as how to best integrate systems processes and cultures. Cobus was joined by Deon Fredericks, CFO Telkom; Charl Keyter, CFO Sibanye Gold; Ryan McDougall, Group FD Trustco; and Walter Palk, Partner at KPMG.

A major problem with M&A, according to KPMG's Walter Palk, is that most deals fail to create value, and have a 50-50 chance of success. So how does one fix this? Through better due diligence and planning; faster implementation and integration; and more attention to HR and cultural issues, he said. Walter highlighted various "hard" issues, such as deal rationale, having a proper approach, attention to detail, pre-closing and post-closing, and getting the right advice. He also touched on some of the "softer" issues, including having a victor mentality, which does not get you buy-in. "In that post-signing phase, people have expectations - shareholders, employees, the board - and failure to show traction and some quick wins can erode the value of the transaction," he said. To counter this, be intentional and proceed at a healthy pace, he said. 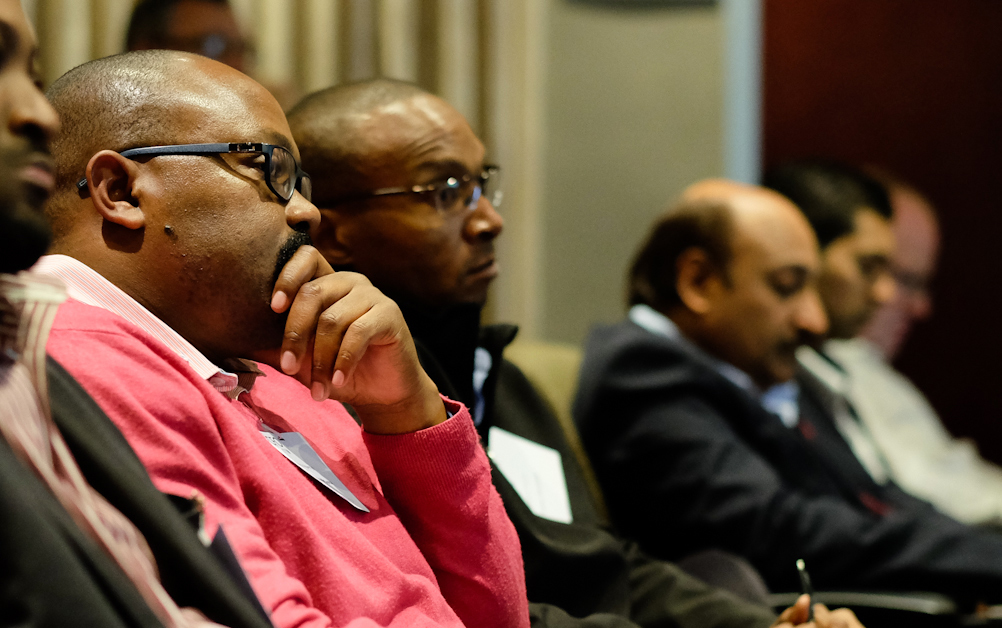 Sharing his insight into some of the things he has learnt in the first 90 days post-deal, Deon cited the importance of understanding what you're buying because "sometimes you think you know but actually you don't", the need to plan properly and ensure you understand what the synergies will be, and being mindful of the culture of the company you are acquiring, as well as trying to keep that entity independent and entrepreneurial as far as possible.

Charl also touched on this aspect, and how to get an organisation to move with you when you are the acquirer. Once the deal is concluded, there are various things to consider, such as which systems you are going to adopt going forward, he said. He suggested agreeing to this upfront, in order to avoid later confusion. "Once you're open and honest about it you take your people along with you. When you acquire something and the deal is effective, everybody sits there scared. You have to give certainty and set the ground rules. That's how you get people to come along with you," he added. Cobus suggested implementing a structure as early in the game as possible. His approach is a matrix, as well as regular check-ins. "We are always amazed at how many times the plan changes. It's a bit of organised chaos," he said.

Deon addressed the need to do a second round of due diligence - something he called complimentary due diligence. "You must have it all in an upfront agreement so when you finally sign the deal you can tick that box," he said. 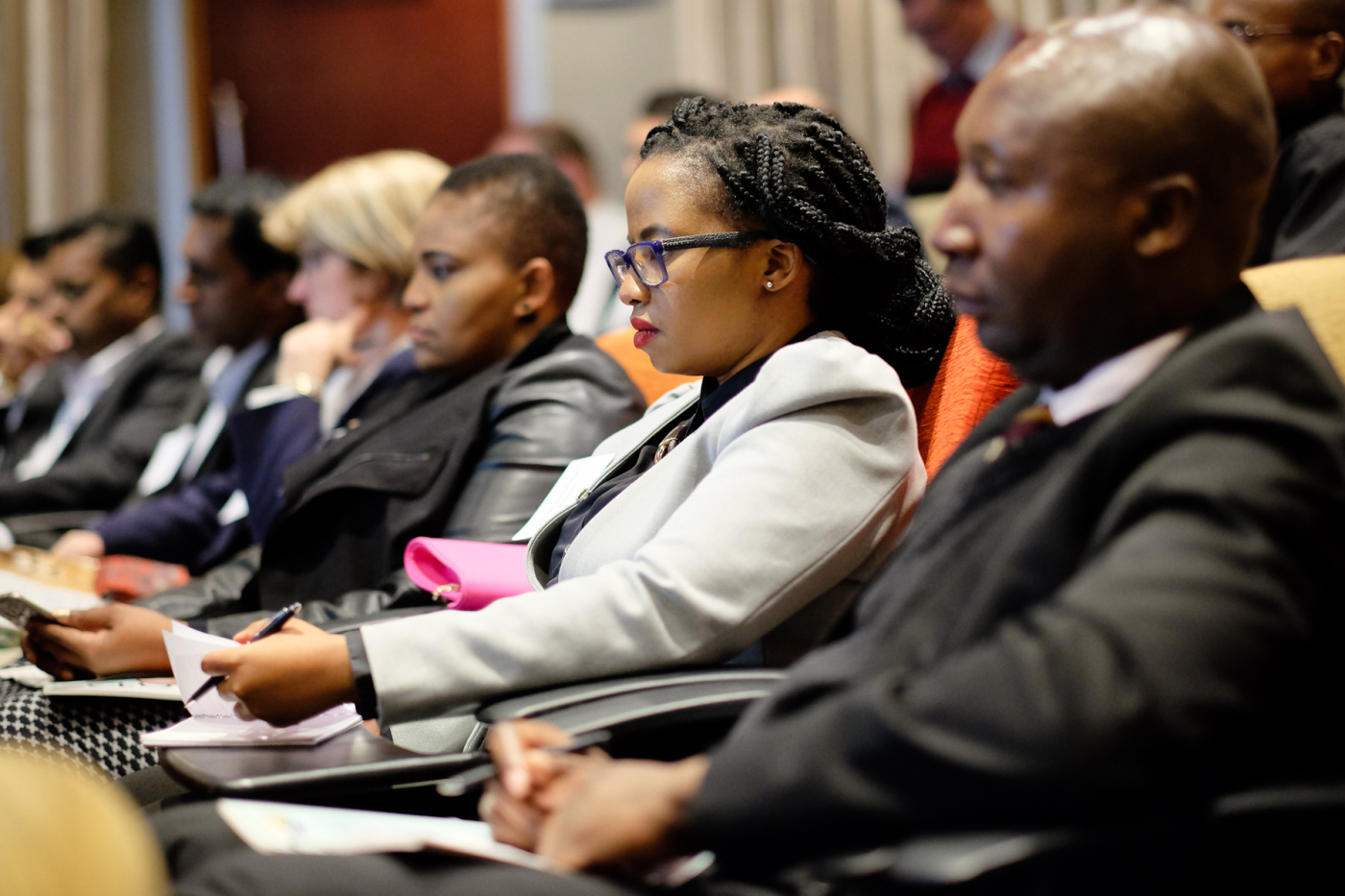 On this point Ryan agreed:

"There's this anticipation that large organisations buy smaller organisation for the synergies. The learning process is also about the people side of it, and one of the things that often gets ignored is understanding how people go about their accounting systems, or checking whether the company's tax affairs up to date. It is important to get the detail right. It's impossible to get a business up and running if the groundwork is not set in the beginning."

The Trustco FD also drew attention to evaluating the staff as part of the deal, which he believes is as important as evaluating the deal itself. The reason for this, he explained, is that sometimes, if the process takes a long time to become a reality, key staff members leave before the deal is concluded. So if you are acquiring a business where the staff are crucial, you may find that the situation is not the same by the time it's all over.

With regards to how finance sets the tone for all things post-deal, the CFOs seemed to agree that communication was crucial here. They did, however, caution against over-communicating, which can create suspicion, and sharing too much too soon, which results in the need for damage control. Charl's advice was to rather have a carefully crafted communications plan to keep staff abreast of where in the process things were, and what remained to be done. For him, being "brutally honest" from the start is critical. "If there's going to be fallout you must let people know that at the onset. As part of the cultural integration this is important, because people look at what the new leaders do, and if those leaders shy away from difficult situations they stand to lose credibility," Charl said.

Cobus noted that often, communication comes from two directions - the company doing the acquiring, and how they communicate with the company being acquired, and the company in the process of being acquired and how it communicates with its own staff. He shared his experience of travelling to as many of his company's business units as possible, to personally explain to the staff the benefits of what was happening. He added that a bi-monthly progress report approach has always worked well for him. "This helps communicate to people that all is on track and that we are ok," he said.

The need to focus on the cultural integration of the involved entities was also touched on, as the discussion wound down. "Cultural integration is the best indicator of whether or not you've been successful in those 90 days post deal," opined Ryan. "If people have a collected shared responsibility and feel part of the culture of the organisation, processes and people and systems are all obstacles you can easily overcome."