The role of the retiring CEO will be split, with Thembi taking over the finance function.

Masslift Africa has appointed Thembi Mazibuko as its new chief financial officer as of 7 January. The CFO role is a new role within the company.

CEO Geoff Tucker, who is due to retire at the end of 2019, used to perform both the finance and operation function. His role will be split into two, with Thembi taking over the full finance, information technology and risk management functions.

Managing director Marco Caverni will be looking after operations and sales.

When considering people for the role, Marco said the company requires a strong, bright candidate who can take over everything relating to finance and governance, and someone who fits into the current company culture and will help him define the future culture. 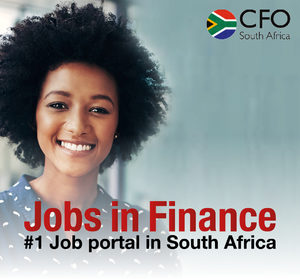 Are you looking for talented finance professionals? Post your jobs in a few clicks on JobsinFinance.co.za. Benefit now from a FREE Silver Job posting.

When appointing Thembi, he told her in an email:

“You were fantastic in all of the interviews and aced the case study we asked you to complete. I personally found you very sincere in the interview and appreciate your strong views on integrity, something which is fundamental at Masslift.”

He said that, in the short time she had been with them, she had made an instant impact and has improved many processes and reports. “Your desire to training staff and pass on knowledge, coupled with your friendly demeanor, makes you a valuable asset to our company,” the email read.

Thembi has also joined the board of directors as of 1 April.

“I’ve been in the logistics industry since I qualified, so I’m excited to learn about the Forklift industry, which generates revenue from both services rendered and sale of Mitsubishi forklifts.”

She is working closely with Marco to get their working capital cycle working for the company, as it is the “heartbeat of any organisation”.

“There is no ‘big brother’ that can extend funding so cash management is critical and key to the smooth functioning of the business.”

She says that business process enhancement, especially within the finance function, is also a key focus to streamline internal processes and unlock efficiencies so that the team is focusing on their core function and not other non-value adding activities.

Risk management also plays a big part in her short-term plan for the role. She will be reviewing policies and procedures to ensure that they are aligned with and still relevant to the strategy of the company. She will also be assessing any additional risk that may need mitigation.

Kyle, who previously served as the e-commerce business’s finance manager, has been promoted.

Rob now serves on the Frontier board, as well as on the Impact Oil and Gas and Tsogo Sun Hotels boards.

Raluca takes over the CFO responsibilities from Irina Girgore, who has been promoted to CEO.

Harriet Heymans joins Sasfin as its new FD, with a passion for customer-centric banking

Harriet says she aligns with Sasfin’s commitment to add value to customers and contribute to society.