Bongi Ngoma, national head of audit (and previously CFO) of the Auditor-General of South Africa, has been named South Africa’s CFO of the Year at the 2021 CFO Awards.

The CFO of the Year was announced on Wednesday 17 November at the conclusion of the annual gala event for finance executives, held at the spectacular Polo Room at the Inanda Club in Sandton, Johannesburg.

Bongi was the big winner during the “Oscars for finance executives”, which celebrated its eighth edition this year. She walked away with three out of ten prizes, including the CFO of the Year, the Public Sector CFO of the Year and the Transformation & Empowerment Award. Notably, this is the first time a public sector CFO has taken the CFO of the Year title.

Bongi served as the CFO of the Auditor-General of South Africa for nine years, until she was appointed as the national head of audit in June 2021. She was instrumental in overseeing the execution of a strategy which was robust enough to see the Office of the Auditor-General through many challenging times. She implemented budget compliance and efficiency measures while also achieving a Level 1 B-BBEE score for two consecutive years. During her tenure as a CFO, Bongi focused on improving the AGSA’s relationship with various key stakeholders.

The Young CFO of the Year title was awarded to Sheldon Friedericksen, the CFO of Fedgroup. He is proud of the Fedgroup’s Impact Farming project, which he says has transformed the group into an ESG leader utilising a data-led structure. Sheldon was involved in transforming the traditional business operations to leverage the internal capabilities to deliver on the risk-sharing platform architecture, moving critical processes to 24/7 operations, which paid huge dividends last year.

Further information on the other award winners: 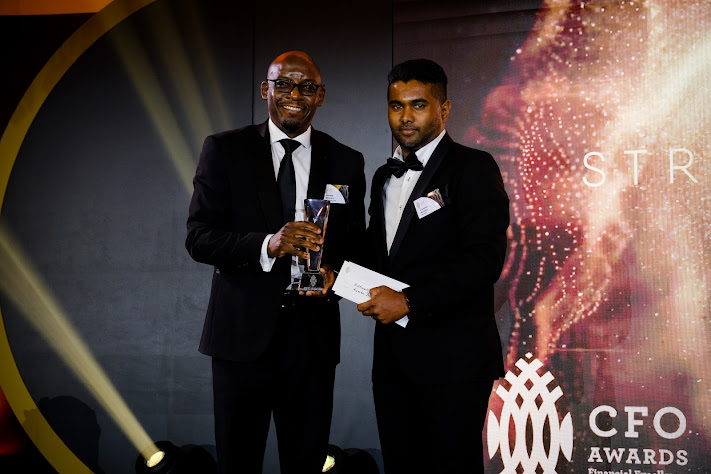 Strategy Execution Award – Bothwell Mazarura (Kumba Iron Ore)
Bothwell was instrumental in the implementation of Kumba’s strategy ‘Tswelopele’ (to progress), with a focus on becoming shock resilient. As the CFO and a board member, his role is to direct the business to ensure they achieve the strategy, with a focus on margin of performance and capital discipline. He introduced a campaign called “storm proofing” to drive costs down, ultimately achieving gross savings of R3.2 billion. Despite the return of high commodity prices, Bothwell says that the cost containment culture is now embedded in the business.

Compliance & Governance Award – Alet Coetzee (Northam Platinum)
Alet has been involved with Northam since 2007 and was appointed CFO in 2018. She has been intimately involved in the company’s growth strategy which has doubled its production base over the past five years. Since her appointment as CFO, Northam’s annual revenue has more than quadrupled to R32.6 billion in F2021, and the company has moved from a loss-making position to a bottom-line profit of R9.4 billion. Accordingly, market capitalisation has grown from R18 billion to R82 billion today. 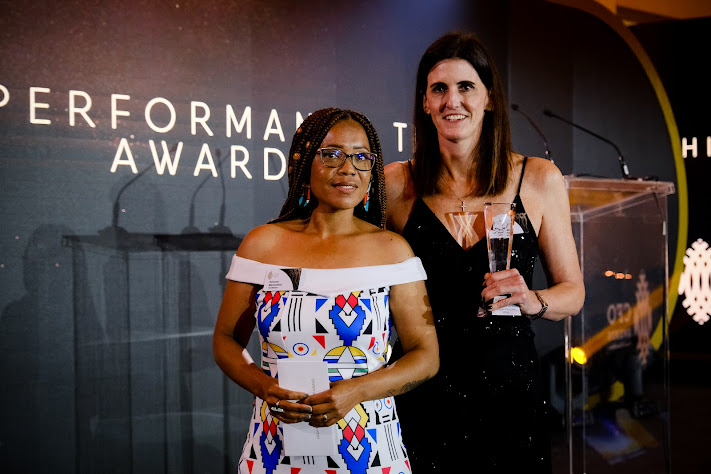 High-Performance Team Award – Megan Pydigadu (EOH)
Megan joined EOH on the back of a corruption scandal and had to make significant changes in order to turn the company around. Over the past two and a half years the company has addressed its legacy governance failings and over indebted capital structure through a strategy focused on credibility, liquidity and transparency. This has entailed selling businesses, closing out legacy issues and cleaning up the balance sheet. She is also responsible for overseeing the digitisation of EOH’s shared services functions and ensuring a single target operating model and data strategy. EOH has a Level 1 B-BBEE rating. 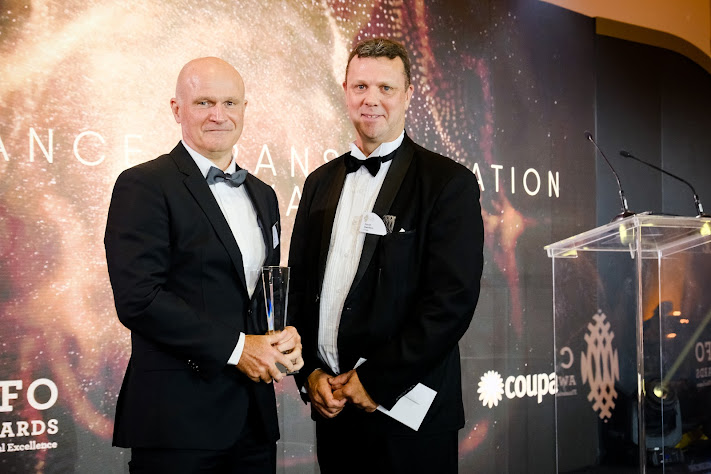 Finance Transformation Award – Glen Pearce (Sappi)
Glen is proud of how flexible Sappi’s Thrive 25 Strategy has been, especially during Covid-19. He and his team have played an integral role in optimising existing and new opportunities for the company, growing the balance sheet, improving cost efficiencies and sustainability. Managing the company’s liquidity requirements during the pandemic was a challenge that the team successfully addressed. As a leader, he is passionate about bringing his team along the journey and giving them the opportunities, they need to succeed. 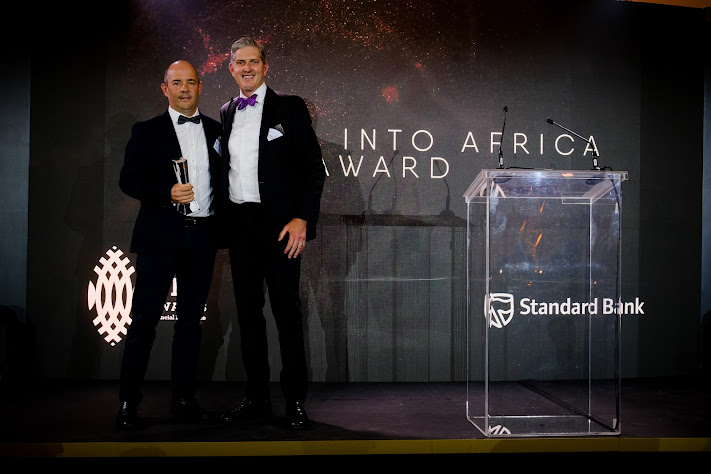 Moving into Africa Award – Lucas Verwey (Distell)
Lucas has played a pivotal role in Distell’s sustainable growth strategy. This included various acquisitions, route to market expansion into Africa, as well as projects to consolidate its production footprint, establishing a shared service centre and improving the financial sustainability across the group. During Covid-19 and the resulting alcohol bans, he says they put people’s safety first, while protecting the balance sheet. Distell successfully avoided any retrenchments during this period. 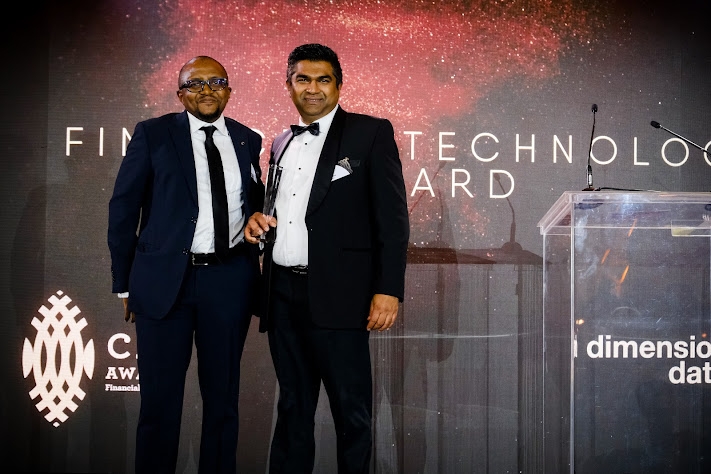 Finance & Technology Award – Mark Kathan (AECI)
Mark believes strongly in the power and importance of two way communication, across his team and the AECI Group as a whole. From compliance, to digital and business excellence, Mark has teams who report to him from all 22 countries, ensuring that everyone across all businesses remain aligned with the Group’s goals and strategy. As part of the company’s ‘One AECI for a better world’ purpose-driven strategy, he has overseen the integration of 24 IT systems globally. Mark has also played a significant role in transforming the organisation to a Level 2 B-BBEE Contributor in South Africa

“The CFO Awards are the highlight of the finance profession’s calendar every year, but during the Covid-19 pandemic, they represent a rare opportunity for celebration,” says Brian Chivere, community manager of CFO South Africa. “Every year, South Africa’s leading finance professionals are assessed based on their performance and contribution to shaping their organisations. This year, they proved their mettle in a once-in-a-lifetime set of circumstances as well, so their successes are even more significant in light of this. Congratulations to the nominees and to the winners for their outstanding achievements.”

The Awards are judged by an esteemed panel of industry leaders and finance experts: